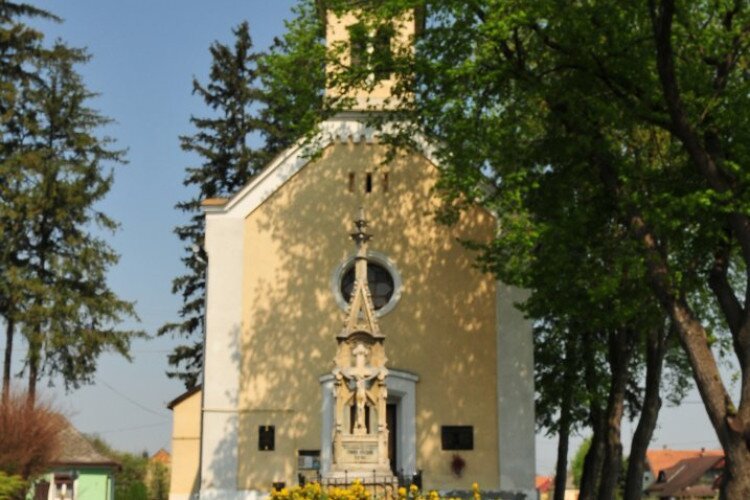 It is listed as an ecclesiastical place in the papal tithe list of 1332-37. During the conquest, this church was destroyed. Today's Baroque church was built in the 1850s. The sanctuary of the church was built in the late 1960's.It was transformed according to the liturgical reform of the Vatican Council. The main altarpiece (St. Anne with the child Mary) was moved to the part of the ship. Currently, the mural in the sanctuary is the work of Károly Gyula, made in the 1970s.