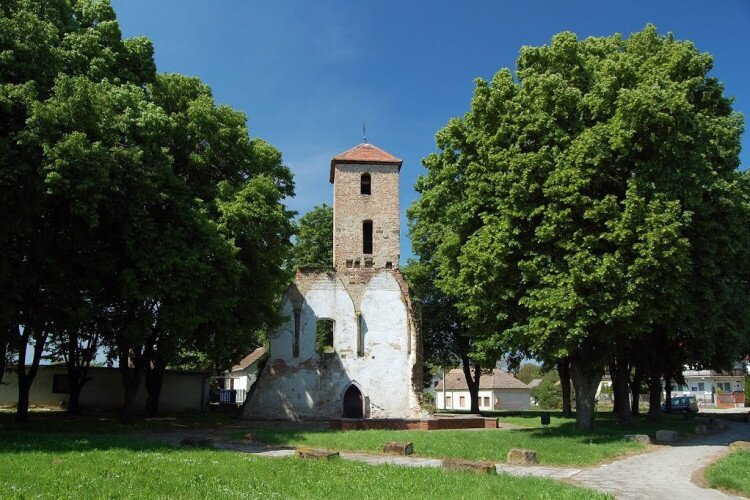 The credentials of the civic town of Zalaszentgrót, Kisszentgrót, were well characterized by the fact that there were once three churches, but only one of them remained for posterity, even incompletely. We do not know much about the origin of the church, which was once integrated into a monastery, there are only assumptions that it may have belonged to the Templars. After the monks, which had become unprotected in Turkish times, were abandoned by the monks, it began to decay. However, according to the descriptions, even at the end of the 1800s, both towers, its walls and the vaults stood, but then Count Ferenc Batthyány demolished it to build the lordship of it. At the request of the citizens, they left one of the towers to serve as a belfry for the residents.