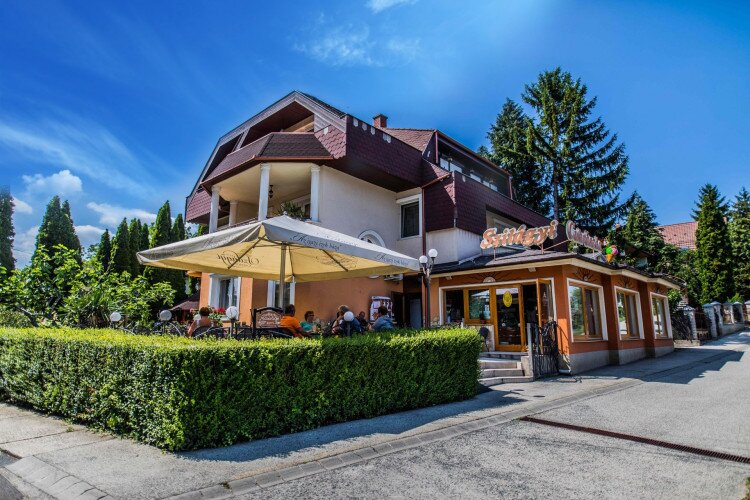 Szilágyi Confectionery is the number one confectionery in Zalakaros. And what did it take to achieve this? Heart, soul and true flavours. Find out the story of the Szilágyi family:

A persistent poor guy from the Great Plain who wanted to sweeten his everyday life, went to study and try his luck. This is where the story of István Szilágyi began, who founded one of the most famous confectioneries in the region with his wife Irenke in 1977.

István, or Pista as he was called in the family, was born in a poor family in Békés, from where he moved to Budapest with his sweet dreams to learn all the tricks of the craft from Lajos Klöpfler master confectioner in the famous Vörösmarty confectionery. He had already won a professional competition at the school and, after completing his studies, he visited different regions and confectioneries in the country and worked as an assistant confectioner. He met his later wife, Irenke during his travels in Balatonfenyves, with whom they moved to the Zala region. At the same time as the opening of the Zalakaros spa, they a small confectionery on the edge of the village was opened with the help of the family the unique flavours started their conquest.