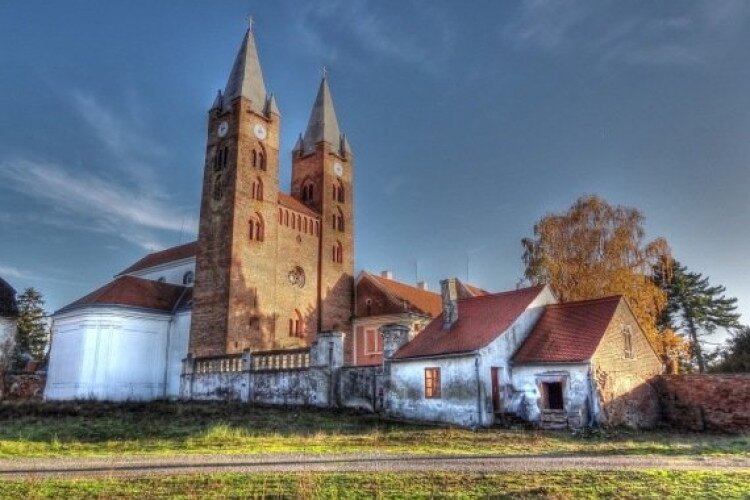 The former provost's church in Türje: a Romanesque, single-nave church with a western main façade from Westwerk. In it: with details of frescoes depicting the legend of St. Ladislaus. The complex of buildings in Türje - a church and the former convent of Premontre - (now a social home).

The provost's church has become the site of a special discovery in the last decade: a fresco "Legend of St. Ladislaus" has been found on the north wall of the church. The mural about the knight king - in present-day Hungary - has so far been known in only a few places: in the churches of Tereske, Ócsa, Vizsoly and in two churches in the Upper Tisza countryside.